Transition –
1. movement, passage, or change from one position, state, stage, subject, concept, etc. to another; change
2. Music
a. a passing from one key to another; modulation
b. a brief modulation; a modulation used in passing
c. a sudden, unprepared modulation
3. the most confusing time in anyone’s life…ever

Going to college and finally graduating for some is one of the most exciting times of their lives. I am one of those people. Transitioning into college wasn’t that hard for me. The hardest thing for me was transitioning from the urban east coast to the heart of the bible belt, or as some like to call it: the dirty south. Like many freshmen, I entered college with a plan and unlike some, I saw that plan out to the end. I reached goals I’d never thought I’d complete in the short time I did. Everything I learned in high school I applied to the work I did in college. That had to be the easiest transition I’ve endured thus far, and I thought it would be the same after I graduated college.

Ideally, many people think that as soon as they cross that glorious stage at graduation someone is going to be waiting at the end of that platform with their hard earned degree in one hand and a full time job paying six figures, or close, in the other hand. Things like that don’t just happen for everyone and to some, can sound too good to be true. Mainly because most people don’t get their degrees until a month later in the mail. For many of us millennials who didn’t study anything relating to science, technology, engineering, or math having a job right after college doesn’t come as easy, especially if the degree is from a Historically Black College or University. As a recent college graduate, I can say first hand that transitioning from college life to doing nothing to “adulting” in four months is ROUGH. Colleges and universities don’t teach students in school how to transition from being active in five organizations, working two jobs while having an internship and being a full time student living in an apartment to moving back home with their parents not doing anything everyday to then being a growing adult working forty hours a week while paying bills and trying to live a comfortable lifestyle.

The transition into the real world is an eye opener.

For some people this transition is a make or break moment. For those that need to hear it, don’t let it break you. If you were one of those students that studied a subject area for four or five years but start working in the field then realize it’s not the career for you, it’s ok. If you’ve studied something and still aren’t certain what you want to do with it, it’s ok. If you can’t land a job immediately in your field of study, it’s ok. Don’t let this time make you lose hope that you won’t make it in life. The key to transitioning from college to this wonderful world of adulting is to start somewhere. It doesn’t matter what you do when you start as long as you start somewhere.

Thank you FCG for my start. 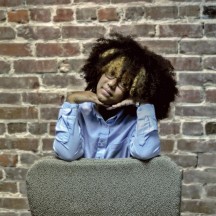 Anetra joined Fahrenheit Creative Group as the creative coordinator after graduating from Jackson State University. She's rounded out her creative skills through stints as a volunteer and intern for the university’s marketing and communications department. Working closely with the rest of the FCG team, she is learning new ways to develop creative concepts and more insight on the world of marketing and public relations.
MORE INFO